Bottled water has become an important source of plastic waste, along with single-use straws, cutlery, food containers and other plastic items. Fortunately, Fibreline has found a way to convert the equivalent of 100 plastic bottles into a "very comfy" cushion.

Plastic pollution has become one of the most pressing environmental issues of the day, as rapidly increasing production of disposable plastic products overwhelms the world’s ability to deal with them. Plastic pollution is most visible in developing Asian and African nations. However, many developed countries have low recycling rates and have trouble collecting discarded plastics.

Plastics made from fossil fuels are just over a century old. Production and development of thousands of new plastic products accelerated after World War II, so transforming the modern age that life without plastics would be unrecognisable today. Plastics revolutionised medicine with life-saving devices, made space travel possible, lightened cars and jets – saving fuel and pollution – and saved lives with helmets, incubators, and equipment for clean drinking water.

The conveniences plastics offer, however, led to a throwaway culture that reveals the material’s darker side – today, single-use plastics account for 40% of the plastic produced every year. Many of these products, such as plastic bags and food wrappers, have a lifespan of mere minutes, yet may survive in the environment for hundreds of years. Plastic rubbish has become so ubiquitous, it has prompted efforts to write a global treaty negotiated by the UN.

Fibreline hopes that it can help in some small way, by offering manufacturers an eco-friendly alternative. 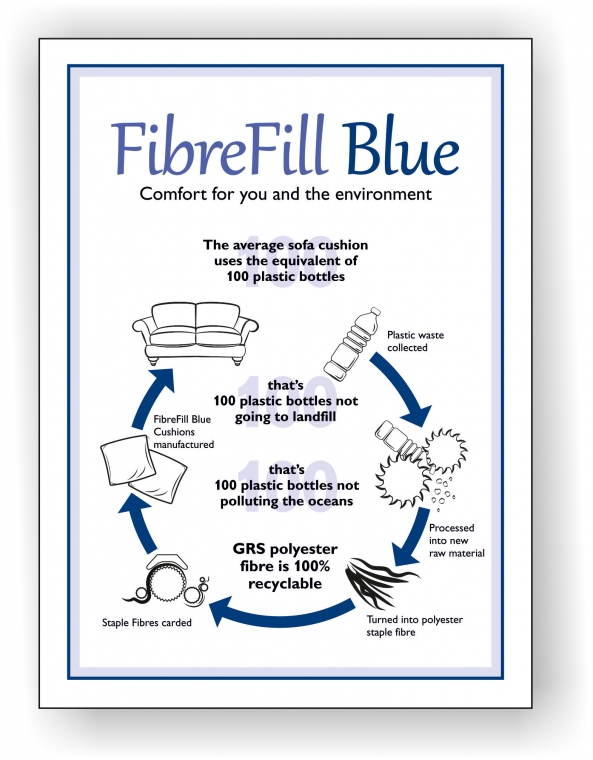 Furniture News is a leading publication for the interiors sector featuring coverage of the upholstery market and furnishings trade in the UK and overseas.